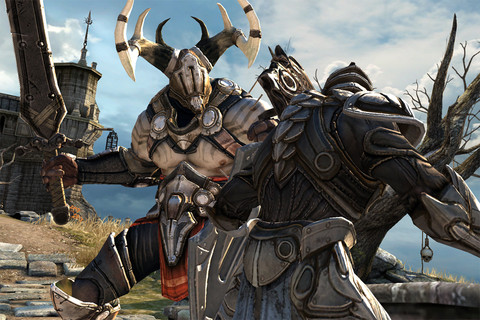 Infinity Blade, from Epic Games, was one of the launch titles for the iPhone 4. When the iPhone 4 was announced, Epic was one of the few companies that got a chance to work with the Retina Display graphics and show off their first mobile game for the iOS platform. The game is gorgeous, and has been one of the best selling games in the App Store.

At a recent gaming conference, CEO of Epic, Tim Sweeney, was quoted as saying that Infinity Blade has actually brought in more profit for the company than the widely popular Gears of War series.

“The most profitable game we’ve ever made, in terms of man years invested versus revenue, is actually Infinity Blade,” he said. “It’s more profitable than Gears of War.”

With the success of this franchise, Epic has put Infinity Blade on sale in the App Store, for just $.99. If you are one of the few iOS gamers who haven’t tried this stunning game, now’s your chance.