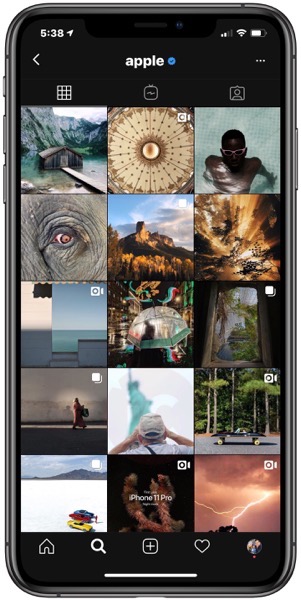 Instagram for iOS has been updated to support Dark Mode in iOS 13, making the app now support one of the biggest features with Apple’s latest mobile operating system.

The release notes in Version 114.0 of Instagram for iOS only says, “The latest version contains bug fixes and performance improvements,” but for those who have installed the update, Dark Mode is supported in iOS 13.

With Dark Mode, it allows iOS and iPadOS users to see a dark background instead of white, which makes it easier on the eyes when viewing at night. Earlier today users also noticed a dark mode for Instagram in Android 10, suggesting an iOS equivalent would be soon made available.