The Canada Council for the Arts has launched what is believed to be the country’s first Inuktitut-language app. The app aims to improve access for artists living in remote areas to apply for the Councils grant and other program. 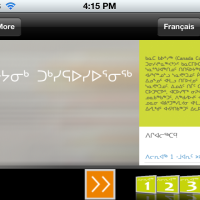 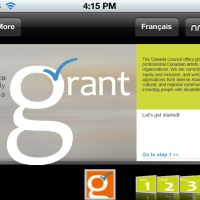 “We know that there are tons of artists in the North,” said Sarah Rushton, a spokeswoman with the Canada Council for the Arts. “And we know that the number of [northern] applicants we normally get doesn’t correspond to that.”

In addition to encouraging northern artists to apply, the app guides applicants through the grant writing process, explains how to submit support material, and how applications are assessed.

Users will have the ability to toggle between three languages: English, French, and Inuktitut.

The app is free and available in the iTunes Store.