Until it provides a fix, Apple has offered a workaround for the latest iOS bug that causes the iPhone to crash after receiving a specific string of characters. But there is more: That string of characters won’t just crash the iPhone if sent/received using iMessage but also affects Snapchat and Twitter iOS apps, as discovered by security researcher Mikko Hypponen and reported by the Guardian. 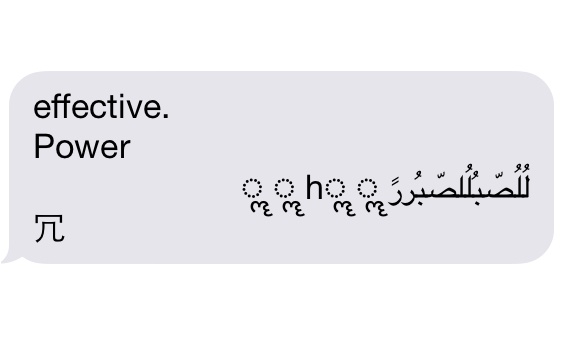 We reported earlier this week that tens of thousands of users have been crashing more than a quarter of million iPhones in a single day using this string of characters. But that was just for North America.

The issue was said to be rooted in the way Apple’s operating system handles Arabic characters: As it cannot process the string of characters in banner notifications, it shuts down the system. Now, as the security researcher has pointed out to the Guardian, a wide range of apps could be affected by the iOS bug.

When the mentioned string of characters is sent over Twitter, either via direct message or public mentions, and the iPhone has notifications turned on, it will instantly crash the device.

The same goes for the Snapchat iOS app: If a recipient receives the malicious message, it permanently crashes the iPhone at the first reading attempt.
Until Apple fixes this issue, you may want to disable banner notifications, but third-party apps will still be affected by the bug.