Jump and Fly is a new iOS game that delivers very simple and interactive gameplay.

The game has a lot of cues from another iOS game called “Doodle Buddy”, so if you’ve played that game Jump and Fly will be natural. While game play is similar, Jump and Fly is significantly cleaner from a graphics perspective.

The goal of the game is to continue moving your character upward while dodging enemies and picking up power-ups and bonuses. Using the accelerometer, players simply tilt their device left or right to navigate their character.

Jump and Fly also integrates Game Center with leader boards and achievements. At this time however there is no Story Mode, but a future update to the game will bring the addition.

Jump and Fly is a universal app for iPhone, iPod touch, and iPad and is available in the App Store for $0.99.

I have four copies of Jump and Fly to give away to readers. I will randomly enter them into the comments below today. Enjoy! 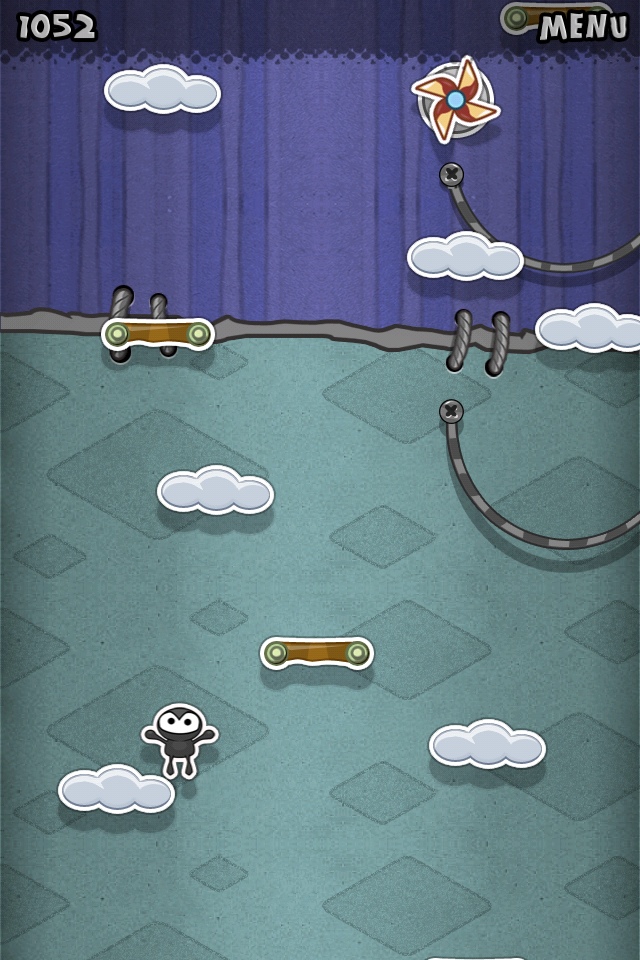