If you’re a fan of Harbor Master or Flight Control, then Harbor Madness will be another addictive game to add to your iPhone.

Like the similar games before it, Harbor Madness is a simple and addictive iOS game that will continually challenge you to try again and again, each time increasing your score and success.

The objective of the game is to simply dock as many water craft as possible without crashing them into other water craft or into nearby shore lines. To do this, you just drag your finger on the play area to create a path for the water craft. 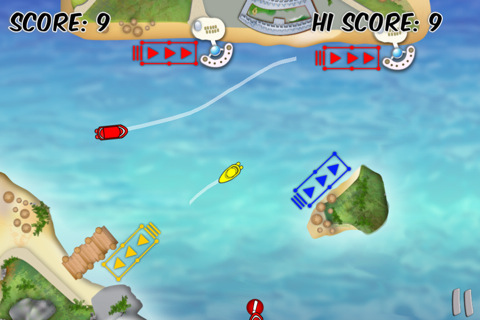 Each colour of water craft has its respective docking area and direction and as the game progresses, an increasing number of water craft begin to fill up the game play area. It eventually becomes more difficult to successfully dock the crafts, giving you a great challenge.