Have you downloaded iPhoto for iOS? The latest app complete the iLife trifecta was announced at Apple’s iPad media event, and today the company has announced the app has hit 1 million users in less than 10 days, according to The Loop:

Apple told me today that its newest iOS app, iPhoto, hit 1 million users in less than 10 days after its release. It’s important to note that figure is users, not downloads. It’s quite possible that one user downloaded the app multiple times, but Apple isn’t counting those, only the unique users.

Recently, it was revealed within iPhoto for iOS that Apple has plans for its own mapping solution. iPhoto for iOS is a universal download for the iPad and iPhone, retails at $4.99. 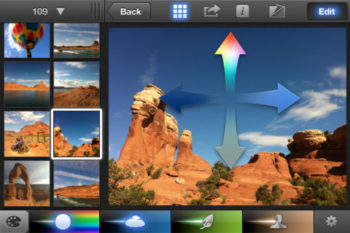