Apple has released a minor update to iTunes U for iOS, which now brings pull to refresh for the notepad along with a bug fix where some courses were not updating and also a resolve to constant app crashing when opening the Catalog:

What’s New in Version 1.3.1
This update to iTunes U:
• Checks for course updates when you pull to refresh the notepad
• Resolves an issue that may prevent courses from updating
• Fixes a problem where iTunes U may unexpectedly quit when opening the Catalog repeatedly
• Improves support for Arabic, French, German, Greek, Italian, Russian, and Spanish 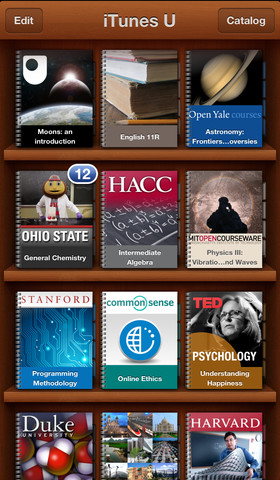