Toronto-based Kernels Popcorn, proprietors of irresistible smells within shopping malls (and popcorn), has announced today it has discontinued its mobile app, because it did not attract enough users “to justify us continuing to host, update, and maintain it,” along with being “unhappy with the glitches” and how some customers had trouble checking-in with the app.

Kernels says the existing app will stick around, with data only updated since February 28, 2015. Functions that will stop working include hosting your loyalty card, checking-in to stores, game play and coupons.

Existing coupons on your app will be accepted until April 1, 2015, and after that they will no longer work from the app. As for your loyalty card, iPhone customers are being told to add it to Passbook via the company’s website. 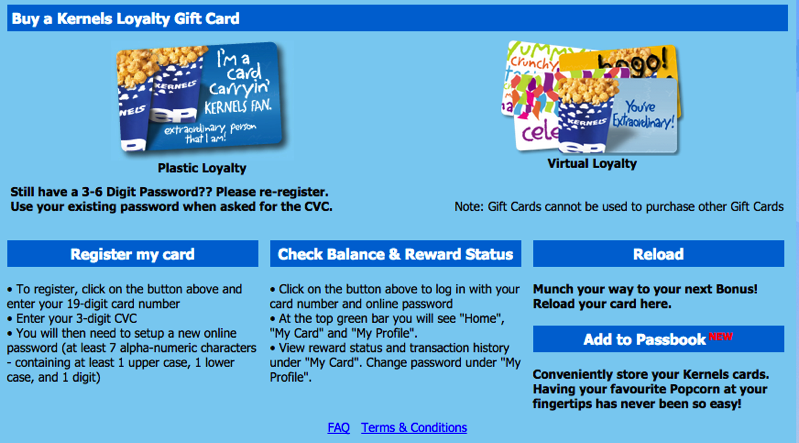 The Kernels Popcorn iPhone app is no longer available in iTunes. The company says new ways are coming for the company for you to interact with you via your mobile device. Anyone still using this app?