If unlocking and locking your Mac using Touch ID from your iPhone or iPad sounds interesting to you, a new app called KeyTouch looks to do just that, by leveraging Bluetooth 4.0 LE on the following compatible models:

After you’ve downloaded KeyTouch to your iOS device, you just need to install the companion Mac App. From here, you’ll configure your Mac with KeyTouch to allow you to unlock or lock your computer with Touch ID. 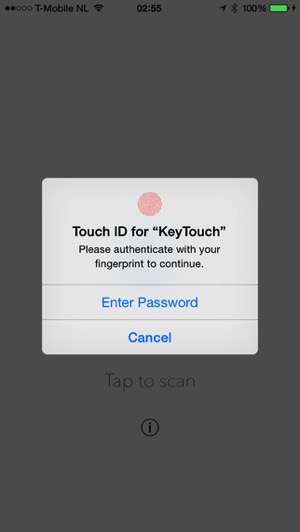 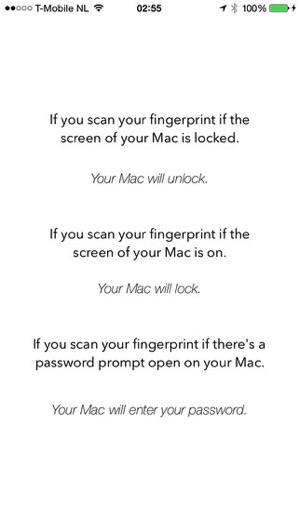 KeyTouch works when you have the password prompt open on your Mac. The developers explain your login password is saved with AES 256-bit encryption, stored on your Mac and never leaves your computer via Bluetooth.

While this isn’t the first app to unlock your Mac with Touch ID, the implementation looks pretty slick and reminds us of Knock.

Update: Make sure you go to “Check for Updates” in the KeyTouch menu on your Mac, as the update fixes the setup bug many have been experiencing.