Your Kids Will Love Apple’s Free App of the Week: Dinorama ($2.99 value)

Apple’s free App of the Week pick is Dinorama, a game where users get to build their own dinosaur park. This game is geared for your kids but adults seem to love it too.

As a park owner, they’re in charge of everything from buying food and habitats for their dinosaurs to selling popcorn and hiring employees. Dinorama provides an engaging, entrepreneurial experience where kids literally learn the value of saving for a rainy day — parks are filled with unpredictable events like rainstorms that lower ticket sales, crop shortages that raise food prices, and flat tires that maroon valuable tourists. There’s even a (piggy) bank where kids can earn interest!

The game has no in-app purchases, advertising and is compliant with the Children’s Online Privacy Protection Act according to the developers, so it’s kid friendly. This game should bring out the entrepreneurship skills in you or your child as it’s an educational game that teaches time and money management. There’s even a piggy bank where kids can earn interest.

Dinorama debuted back in March of this year and was originally priced at $4.99. 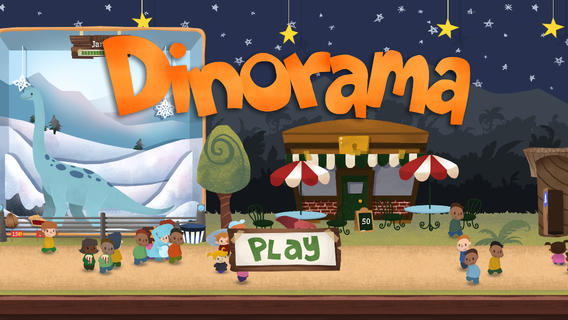