Kijiji for iPhone Updated with Province Search, iPad App in the Works

The Kijiji iPhone app recently was updated to bring support to search across provinces and the ability to sort results by date, price or distance. Also, the app now can use your location to locate items for sale near you. The app also has iPhone 5 screen support (even though its iTunes web preview still shows older model screenshots) too:

What’s New in Version 3.1.0
– Support for Provinces – search/ browse for ads across a province
– Sort results by date, price and distance
– Find items closest to your current location (GPS)
– Recent Searches allows access your most previous searches quickly
– Sync Watchlists: Sign in and sync your watched items with www.kijiji.ca
– View poster’s other ads
– Pictures: ability to zoom, save on device 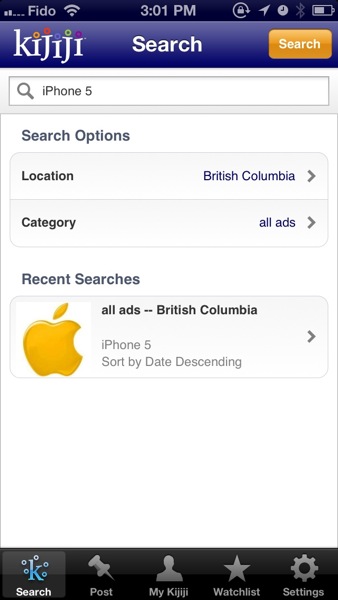 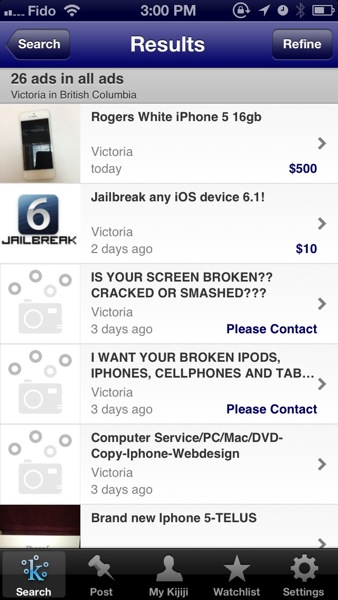 We spoke with Vikram Kewalramani, Senior Product Manager, at Kijiji Canada and asked when iPad support would be coming. Kewalramani told us their developer team is working on an iPad app but there is no set release date yet. So iPad users, rest assured an update is coming soon in the near future with support.

Kijiji has consistently been a marketplace for iPhone owners to sell their existing models prior to the release of future models, and during last September’s iPhone 5 launch the site saw a 90 per cent increase in traffic.