Kinetik launched last September as an app discovery tool. It enabled users to recommend apps to friends to download and for the most part it did highlight some of the most popular apps in the App Store. This February the Kinetik team launched the web version of their app to allow even more ways to discover apps. Below is the original Kinetik iPhone app interface: 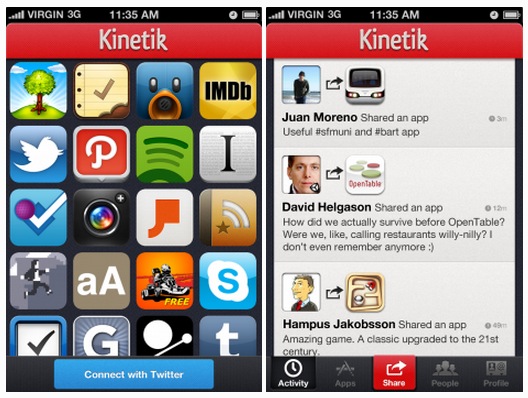 Yesterday, the team launched an overhauled 2.0 version of Kinetik that brings a new interface. The main view to check out apps comes in the form of a timeline, that looks like Instagram for apps. Instead of just showing a bunch of app icons, we now have screenshot views to get a better idea of what apps are all about.

The main ‘Home’ page shows the current trending apps, as recommended by Kinetik users. From there, you can ‘love’, ‘Add to list’ or comment about the apps you see on the screen: 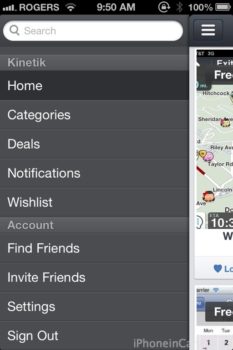 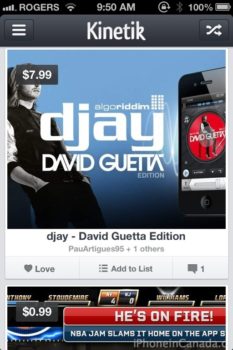 There is also a slide out sidebar to get quick access to categories, see deals, set notifications and view your wishlist. If you’re looking for new ways to discover apps, give Kinetik a try. The app does require a Facebook or Twitter account to connect with.

Below are a couple screenshots of the new interface.