Rogers has announced this morning their radio station KiSS 92.5 has launched “the first radio music app in Canada.” This new app allows listeners to launch the radio station on their iPhone from their Apple Watch, which allows volume controls plus displays the current song. 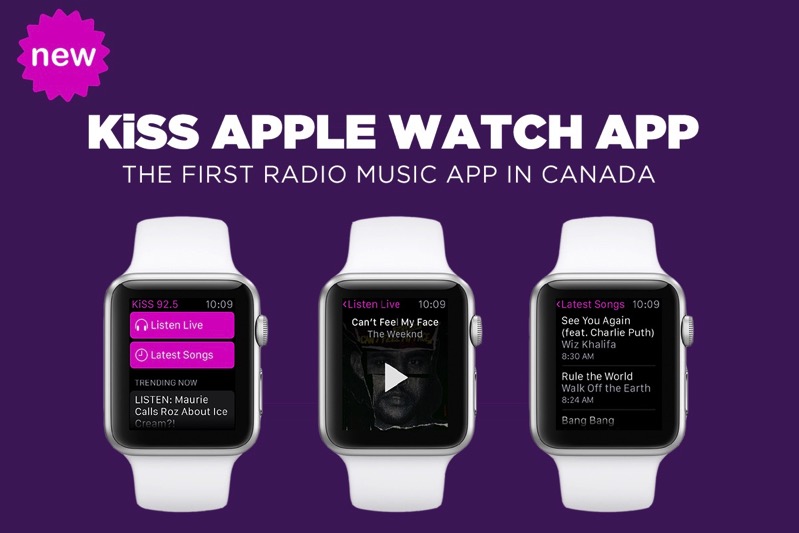 Users can also see a playlist plus view “what’s trending” from the station:

“Tech-savvy listeners want the option to tune in on-the-go from their device,” said Julie Adam, Senior Vice President, Radio, Rogers. “By making the KiSS 92.5 app available on Apple Watch, we are not only adapting to the needs of our audience, but solidifying Rogers’ position as a front-runner in innovation with yet another first to market app for the watch.”

The introduction of this Apple Watch app for KiSS 92.5 is based on the same Apple Watch platforms as other Rogers radio stations, including 680 NEWS Toronto, News 1130 Vancouver and 660 NEWS Calgary.