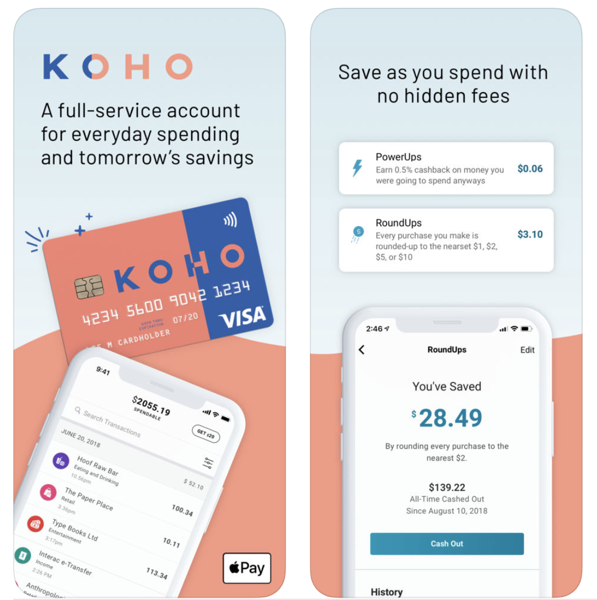 Toronto-based fintech, KOHO, has announced it has raised $42 million in funding, led by Portag3 Ventures and other investors, including Greyhound Capital.

KOHO offers a prepaid reloadable physical and digital VISA card which supports Apple Pay, with the company noting they have hit over 120,000 accounts in two years. Annualized transactions are at over $500 million, with a KOHO card used every four seconds.

“KOHO’s mission is to restore balance to Canadians by giving them control over their own finances. This new funding is both validation of what we’ve done and a vote of confidence for the work left to do,” said Daniel Eberhard, Founder and CEO of KOHO, in a press release.

Portag3 previously invested $8 million in Series-A funding for KOHO, on top of this morning’s $42 million series-B funding round. The investment announced today will “further accelerate its growth and build new products and services that are truly aligned with what Canadians need,” said KOHO.