Square Enix has launched Lara Croft: Relic Run in the App Store today, a free endless runner that is powered by in-app purchases for gems.

Make your way through multiple ancient locations – each filled with secrets and danger
• Power up Lara’s weapons and engage in frantic combat
• Use parkour moves to create death-defying last minute escapes
• Fast-paced vehicles like ATVs and motorcycles give Lara more ways to conquer the terrain
• Epic Boss Fights – including the return of the infamous T-Rex!
• Swap and upgrade equipment to give Lara the edge
• Earn bragging rights on the leaderboards
• Outsmart and sabotage your friends by Cursing their Relic Run 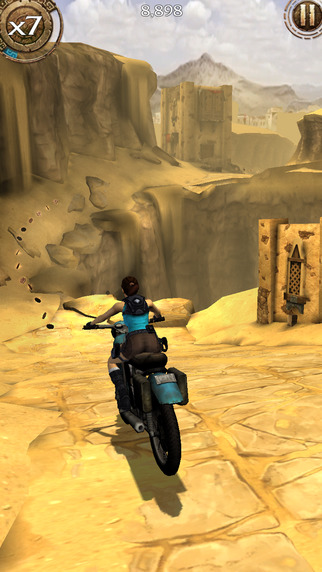 Square Enix and Crystal Dynamics worked with the developers at Simutronics to develop this mobile-exclusive adventure runner, which soft-launched last month in the Netherlands, and launches globally today.