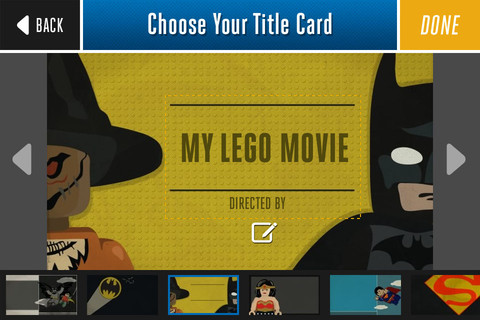 LEGO has just released a great new stop motion movie making app called “LEGO® Super Hero Movie Maker”. It is meant to be used with their super hero LEGO sets, but could be used for any stop motion movie you want to make. Directed at kids, the app is really simple to use, with just a few steps to make a fun little movie. You can save the movies right to your camera roll, to share with who ever you want.

Help your child bring their LEGO DC Universe Super Heroes to life with the LEGO DC Super Heroes Movie Maker. This fun, kid-friendly app brings the whole family together to create a LEGO stop motion movie on the iPhone. Simple tools and guides make it easy to shoot, edit, even score your movie with music. Add one of the customizable title cards and share it online and who knows, you may have the next summer blockbuster in your hands…literally!

Features:
-Add & delete frames to your movie
-Choose from 5 different soundtracks
-Add a color filter to the camera
-Customize one of 11 different title LEGO Super Heroes cards
-Save your movie to your camera roll then share with your friends 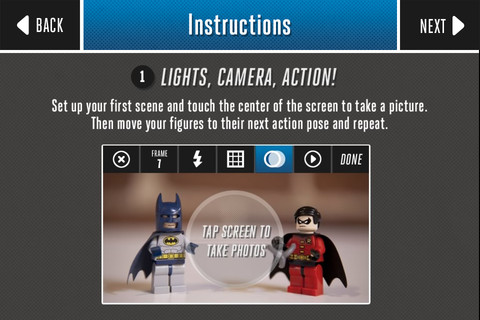 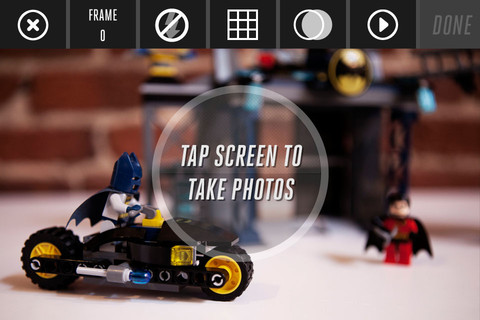 I haven’t tried this app yet, but I know my daughter will love it. She is really interested in stop motion animation, so I can see her thoroughly enjoying this app. LEGO® Super Hero Movie Maker is available in the App Store now, on iOS 4.3 or higher, on the iPhone 3GS, iPhone 4, iPhone 4S, iPod Touch 3rd gen, iPod Touch 4th gen, and iPad. It is rated 4+.