Another day, and another huge story about an iOS app using your data without you knowing (reminds me of the whole issue with Path). Last night both the New York Times and The Next Web reported your calendar entries are transmitted back to LinkedIn’s servers without your permission or knowledge via the LinkedIn iOS app. The discovery was made by mobile security reseachers Yair Amit and Adi Sharabani, set to detail their findings at Tel Aviv University today.

The issue stands with iOS and its opt-in feature that allows users to view their iCal entries within the LinkedIn app. Once users opt-in, LinkedIn automatically sends your calendar data to their servers. 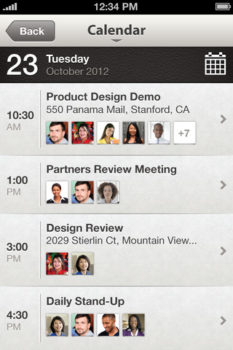 LinkedIn has responded to the calendar ‘leak’ in a blog post, where they clearly state what they do and don’t do with your data:

So look for an update to soon arrive to fix this sending of your meeting notes to LinkedIn’s servers. In the meantime, you can turn off this feature within the iPhone app via the settings panel.
In a separate story, LinkedIn has apparently been hacked and had 6.5 million encrypted passwords leaked onto a Russian website. LinkedIn responded to these allegations on twitter and are investigating. You should change your password ASAP.
[via NYT, TNW]