*Update: FStream URL updated! Thanks to Kevin for the email!*

Just how much room is left on the Canucks bandwagon? With their teeter-tottering season, it seems like everyone is either loving or hating the Canucks. Yesterday, TEAM 1040 just announced how to listen to Canucks Radio streaming on your iPhone for FREE!

How to Listen to TEAM 1040 Canucks Radio on your iPhone

1. Launch the App Store and download FStream and install it.
2. Open FStream, go to Favorites –> edit –> Add new web radio –>add any name, E.G. TEAM1040
3. Type in the following URL: http://provisioning.streamtheworld.com/pls/CKSTAMAAC.pls
4. Leave format and bit rate empty, the software will automatically detect these. Click done.
5. Go to Play and select your new TEAM1040 listing and enjoy listening to the Canucks! 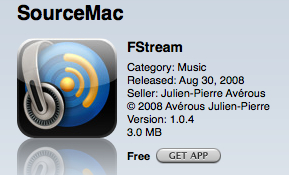 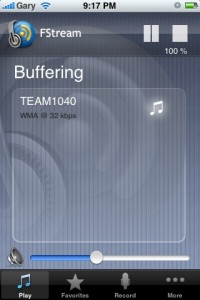 Coupled with the Score Mobile app and the The Hockey News app, you can follow up on the box scores and listen in to your hockey broadcasts too!

I know there are other solutions out there for online radio using your iPhone, such as listening to Astral Media stations. However, if you’re looking to listen to sports radio and the TEAM 1040 Canucks Radio broadcast, now you can do so no matter where you are in the world!

The big question remains: Will the Canucks make the playoffs? 😉