We’re just days away from the opening ceremonies of the 2018 Olympic Games in Pyeongchang, South Korea, which kick off on Friday, February 9.

Ahead of the Winter Olympics, the CBC has released their CBC Sports Olympics iPhone and iPad app. This app comes as an update to replace the existing CBC Sports app temporarily. 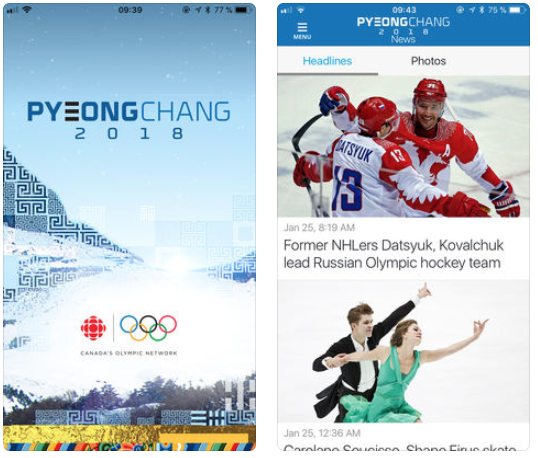 According to the CBC, this new app will support live streaming of Olympic events and on-demand highlights, along with the latest news, results and medal counts from the Games, plus schedules and athlete bios.

The CBC says “All other regular CBC Sports features will be temporarily removed.” Once the 2018 Winter Olympics end, the CBC Sports app will return in an update.

Looks like this Olympics iOS app strategy for CBC has changed this time around, as instead of launching separate apps (like CBC Rio 2016), an update to CBC Sports will target all existing users about the update instead, which is actually a better idea to gain more eyeballs.