Logitech has released what I would say is one of the coolest and EASIEST apps I have ever used. The app is called Touch Mouse and it turns your iPhone or iPod touch into a wireless trackpad (mouse) and keyboard for your computer!

The application works over WiFi, so users can essentially control their Mac or PC from anywhere within range of their WiFi network. The app even includes a keyboard and text is displayed on the screen of the iPhone or iPod Touch so users can see what they are typing.

Keyboard aside, the app allows users to use two-finger scrolling, two or three buttons for clicking, and portrait and landscape modes. Check out the feature list below:

To properly use Touch Mouse, users need to download the Touch Mouse Server software from www.logitech.com/touchmouse and install it on their Mac or PC. The software allows the iPhone or iPod Touch to communicate with the computer.

The app is available on the USA iTunes App Store for free. To create a USA iTunes account, see here. 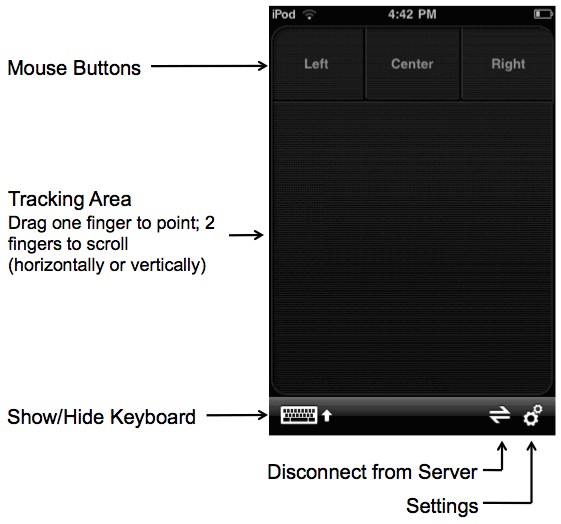