Apple Currently Featuring Apps ‘Made in Quebec’ in the App Store 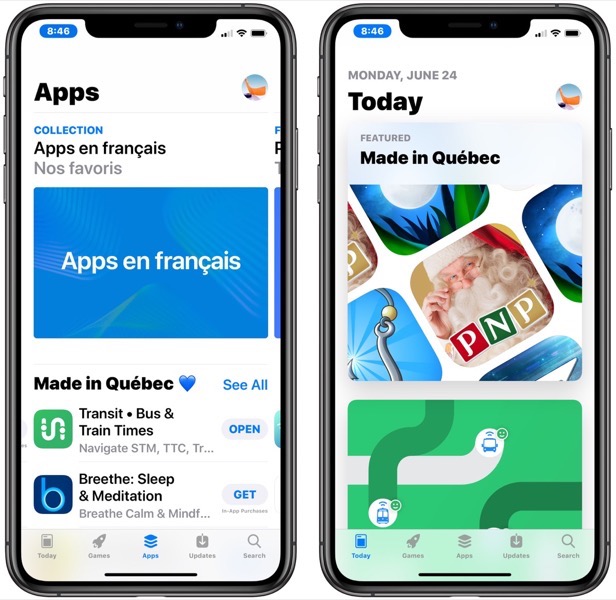 Apple’s App Store is currently featuring apps ‘Made in Quebec’, saying the province “is known for many things–a love of hockey, a rich arts scene, and incredible food, just to name a few. But what you might not know is that it’s also home to many of Canada’s most innovative apps and games developers.”

The Apps tab of the App Store is highlighting a collection of Apps en français, which includes popular apps such as Hopper, Transit, Ardene, La Presse and more.

There’s also a section called Explore Quebec, which is a curated list of apps to help you navigate and explore the province this summer.

You can check out all of these Quebec-made apps by visiting the App Store, which coincides with today’s Saint-Jean-Baptiste Day holiday.