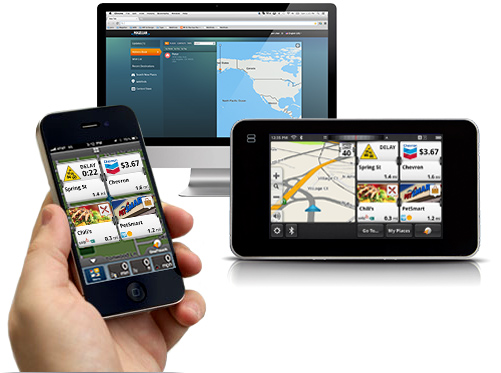 Magellan has announced a new iOS companion app will be coming soon to go along with the debut of its SmartGPS. The app will allow users to wirelessly sync destinations and contacts between their SmartGPS, smartphone app and computer, set to arrive later this Spring in North America and Europe in the Summer.

Magellan’s free iOS and Android SmartGPS apps create a total-solution SmartGPS experience that is truly mobile. Magellan connects the smartphone to the vehicle dashboard, enabling location sync and sharing, hands-free operation and data connectivity. Users can pair their Magellan SmartGPS app with SmartGPS-enabled navigation systems. Using their SmartGPS App, SmartGPS enabled navigation system, or PC, users can search for a location, save the location in Magellan’s Smart Ecosystem cloud, and sync and share the location to any SmartGPS enabled device via Wi-Fi or Bluetooth.

Turn by turn navigation can be added as an in-app purchase within the iOS app. Check out the following promo video below:

For those looking for an actual dedicated GPS for the car, this option to use a companion smartphone app makes life a bit easier when it comes to sharing and syncing locations and points of interest.