Mailbox Has Filled 1 Million Reservations, Updated with ‘Shake to Undo’

Mailbox has announced as of today it has filled 1 million reservations, a huge milestone for the company, just six weeks after its launch. Earlier this month Orchestra said it was delivering 50 million emails per day, showing off signs of its phenomenal growth (read our review here).

Today, Mailbox has also updated its app to version 1.1.0, which includes ‘shake to undo’, some UI enhancements plus some bug fixes and performance optimizations. 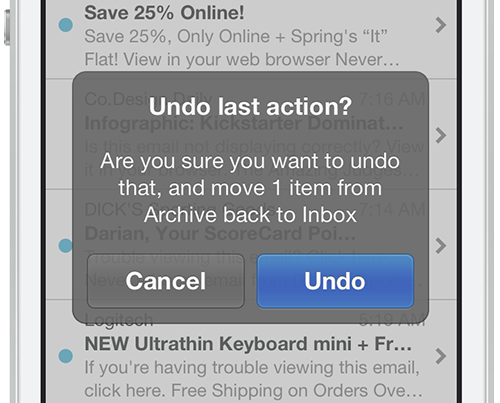 Last week, Mailbox announced it had been acquired by Dropbox, with some sources citing the latter paid upwards of $100 million for the fast growing company. Has your reservation been filled yet?