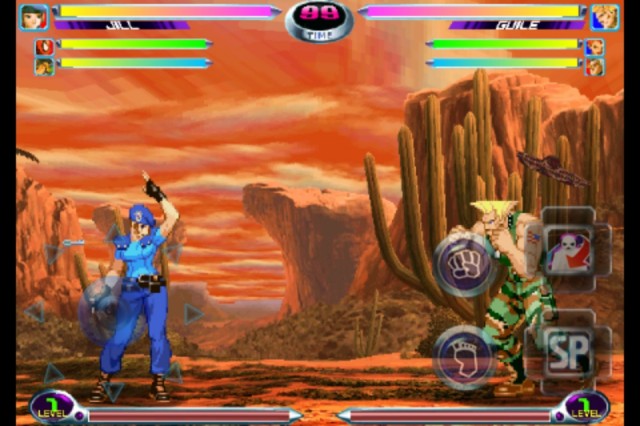 When a big name video game title is ported over to iOS, it is rarely amazing, and often disappointing. Yesterday, Marvel vs Capcom 2 was released for iPhone, iPod Touch, and iPad in the App Store, for $2.99. 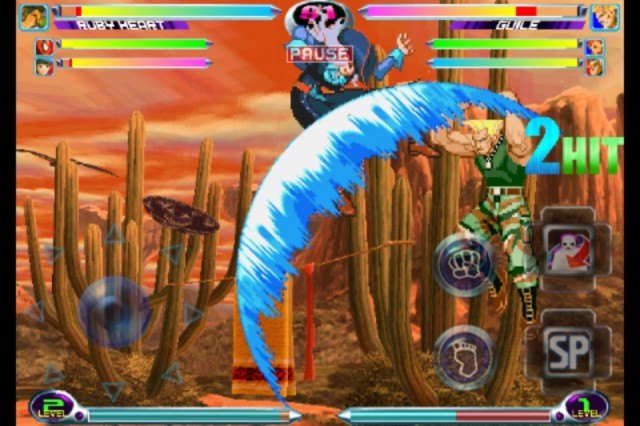 When the game starts up, it looks like a straight port from the Dreamcast or the arcade. The graphics are all there, and it is quite a nostalgic look back at the video games we used to play when we were younger. The problem with playing these ported games on an iOS device, is that these games were designed to be played with a controller, and they just don’t feel right playing them with the touch screen controls. This game is no different. Although the game seems to play well, for what it is, I just found the touch controls out of place here. There is a lot happening on the screen, and having my big sausage fingers blocking the view, made me not want to play at all.

I will say that I am not a huge fan of these fighting games, so maybe some of you hardcore fans of this franchise might have a lot of fun with this. All the graphics, sound effects, and voices of the original are here. I just didn’t like the controls.

If you want to check out Marvel vs Capcom 2 for iOS, it is in the App Store now, for $2.99 for a limited time, and will eventually go up to $4.99. Click here to download it now.