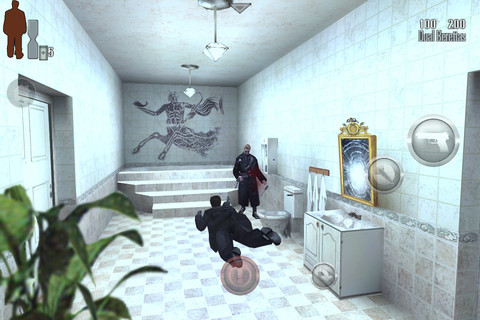 Max Payne for iOS was announced this past February, and is now starting to propagate through the App Store. Rockstar has previously released GTA III in the App Store, with moderate reception, so it’ll be interesting to see how well this title does. The Max Payne series has been most popular for it’s slow motion moments, in combat, and I’m curious to see how they handle that in iOS.

Max Payne for iOS works on iPhone, iPod Touch, and iPad. It is not quite in the Canadian or US App Store yet, so we haven’t had a chance to try it out. Max Payne for iOS should be available in Canada and the US some time tomorrow (April 12th, 2012). Here’s some details from the App Store description:

A fugitive undercover cop framed for murder, hunted by cops and the mob, Max is a man with his back against the wall, fighting a battle he cannot hope to win. Max Payne is a relentless story-driven game about a man on the edge, fighting to clear his name while struggling to uncover the truth about his slain family amongst a myriad of plot-twists.

The groundbreaking original cinematic action-shooter, Max Payne introduced the concept of Bullet Time® in videogames. Through its stylish slow-motion gunplay combined with a dark and twisted story, Max Payne redefined the action-shooter genre.

If you happen to have a New Zealand iTunes account, you can buy it now. It is listed with a price tag of $4.19. Check out the iTunes Preview page here. Max Payne for iOS.

If you get a chance to check out this game, let us know in the comments how it looks and plays.