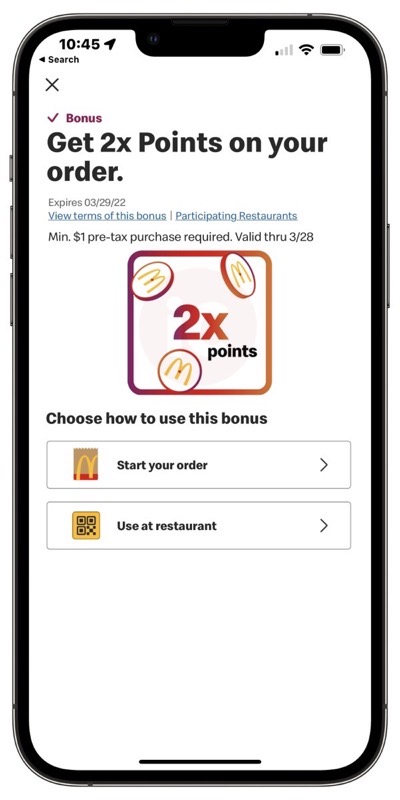 Last November, McDonald’s Canada announced it was switching to the MyMcDonald’s Rewards points program, which is now currently in full swing.

The program offers points rewards on purchases, with a customer’s points balance able to be redeemed for free beverages and food.

If you’re a frequent McDonald’s customer, the fast-food chain has launched a 2x points bonus within its mobile app. Normally, collecting 1,000 points is equivalent to $10 in free spending on rewards.

“Right now, we’re giving you 2X the points on every order – so you can earn your way to free McDonald’s even faster. For a limited time only, order to get started,” says McDonald’s.

McDonald’s says there’s a minimum $1 pre-tax purchase required and this promo is available at participating locations in Canada, and excludes delivery orders. Users must download the company’s mobile app and register to participate.