Facebook Messenger Launches Group Calling with Up to 50 Participants

Yesterday, head of Facebook Messenger leader David Marcus announced on the social network they had started to roll out free group calling within Messenger on iOS and Android:

Really excited to announce the global roll out of group calling in Messenger today. From any group conversations, just tap on the phone icon to initiate a group call. You can then manage individual participants on the next screen.

An update this morning to Messenger for iOS added support for group calling, which will allow you to chat with up to 50 friends at the same time, the company tells TechCrunch. 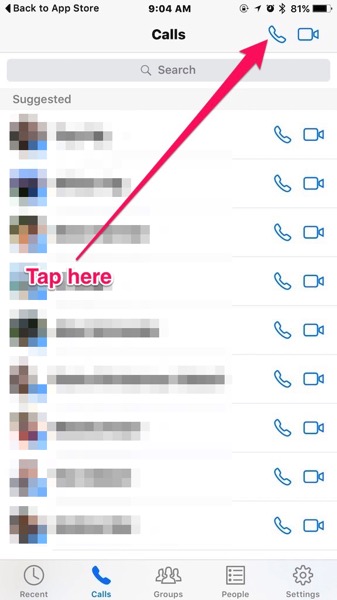 As you can see from our screenshot above, this morning’s update to the Messenger iOS app added a new ‘phone’ icon in the top corner, under the Calls tab. Tap the phone icon, select your participants and away you go with a free VoIP group call.

Messenger added one-to-one VoIP calls back in early 2013, but now group calling has arrived. It will definitely be fun to try out and have 50 people chat over each other at one time, let us know if you’re going to try this out!