Grocery chain Metro, which operates 353 locations in Ontario and Quebec, has launched an official iPhone app to enable a better shopping experience for its customers.

My Metro allows users to create usable shopping lists (you can tick off items as you shop) via the flyer built into the app or manually. Existing Metro.ca users will see their lists automatically synced to the app once signed in. 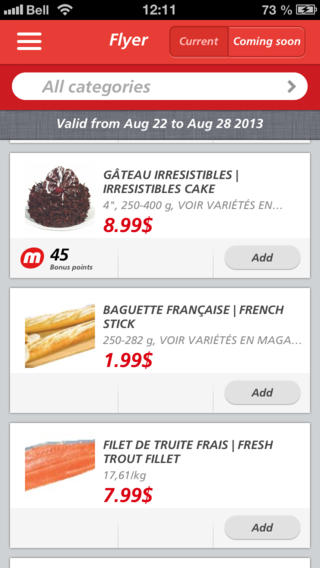 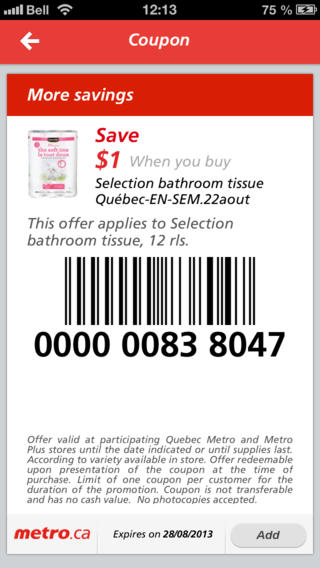 The app also allows viewing of available coupons, select them and redeem them instantly from the app. Loyalty program members can enter their info to get access to more personalized coupons.

Also part of the app is a weekly menu with various recipes to go along with a built-in store locator. Let us know how you like this app and how well it works (so far reviews in iTunes seem positive).

Grocery retailers look to be upping their digital game. In May, Loblaws launched their PC Plus iPhone app to take loyalty points mobile. Back in July, Longo’s launched a grocery app for iPhone users in Toronto, with Passbook support.