Microsoft has announced their iPad versions of Word, Excel and PowerPoint now supports monthly subscriptions, allowing users to choose from Office 365 Personal or Office 365 Home right from the apps via in-app purchase. 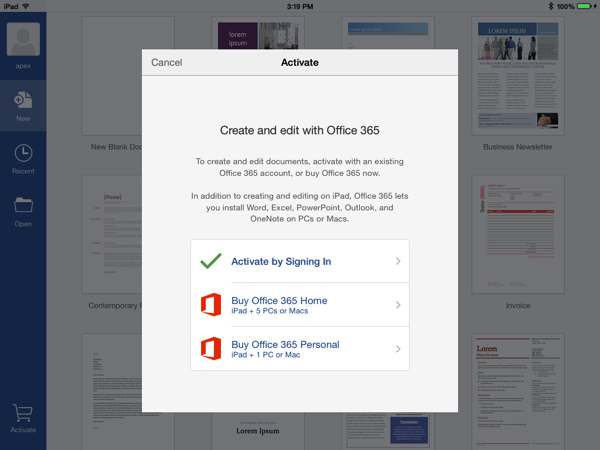 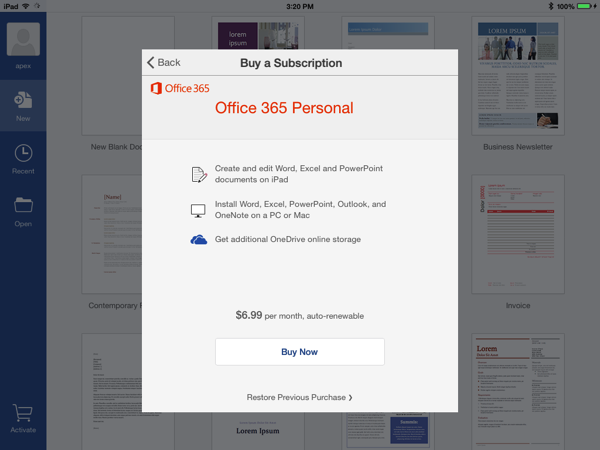 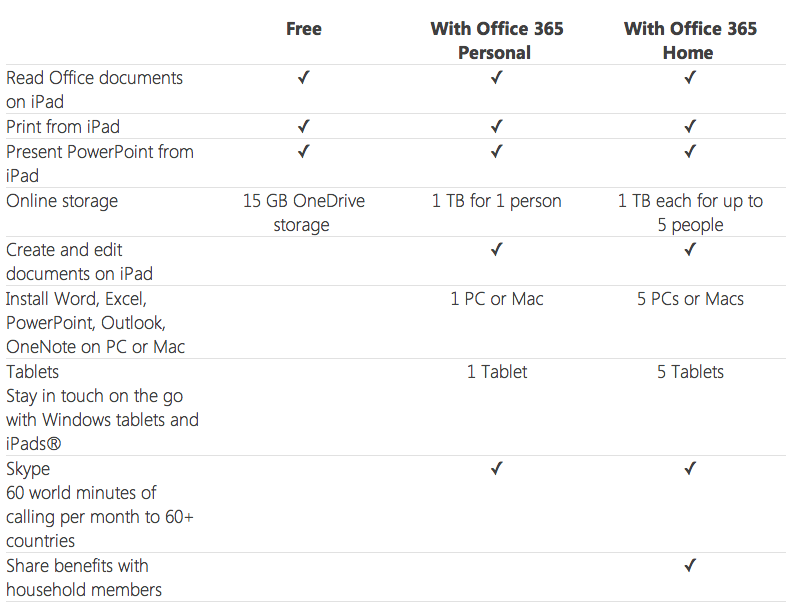 For students, Office 365 University is available for 4 years at $79 CDN from Amazon.ca.

Microsoft Office for iOS launched earlier this March and quickly surpassed 12 million downloads in one week.