What makes this app unique is it’s powered by the company’s machine learning technology, so once you take a picture, it’ll detect faces and be able to figure out the subject’s age and emotion, plus also find your celebrity look-a-like, for example. 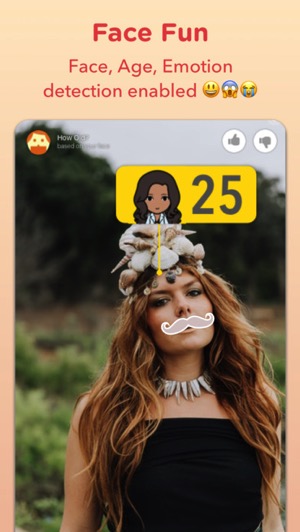 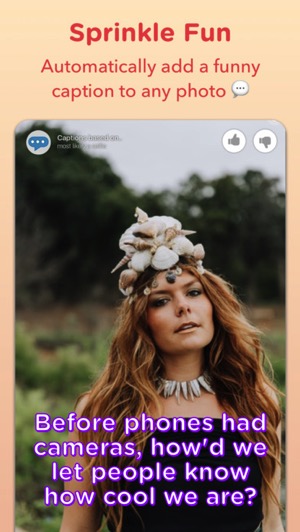 Below are the features of the Sprinkles app, which looks to be aimed at teen users:

• Choose from witty captions based on what’s in the photo
• Explore different time- and location-based captions and stickers
• Search for free stickers on the web
• Add stickers, emoji*, and your own captions in different styles
• Auto detect your age, celeb look-a-like, and more
• Place hats, mustaches, and other accessories on your selfies by face detection
• Unlock more captions and stickers when you add your birth date
• Enable even more content in Settings

Microsoft has been implementing its machine learning into other camera apps, such as Microsoft Selfie and Microsoft Pix, which debuted last year (Pix is actually pretty good).