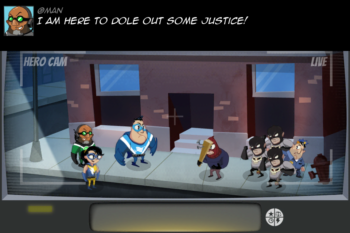 Have you every dreamt of managing a team of super heroes? No, me neither, but Middle Manager of Justice is a fun game.

As the middle manager, you have a number of responsibilities. You hire super heroes, then prioritize their time between fighting crime, training, and other tasks. Also, you upgrade the office with new rooms and equipment. Then you can upgrade them for additional bonuses, such as decreasing training time. 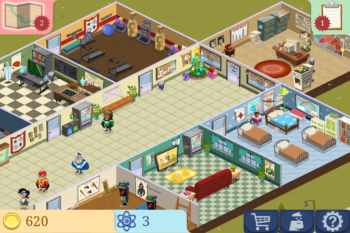 You need to keep fighting crimes in neighbourhoods to keep them happy, because the happier they are the more money they’ll give you to buy upgrades and items. Keeping neighbourhoods happy is important early on, because only a few are available. However, later in the game many neighbourhoods are available, so if a few are unhappy, you’ll still receive plenty of funding (especially if you buy the coin doubler for $1.99). 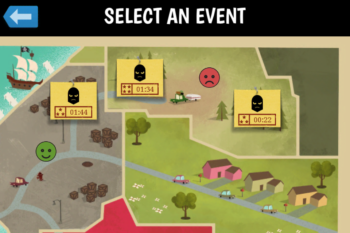 Though you don’t directly control your super heroes while they are fighting crime, stopping a run-away school bus, or saving a man or woman from a burning building, you do have the option of watching each event. However, while watching your super heroes fight crime, you can activate their super powers, items, or your middle manager abilities, which will help your super heroes win fights. 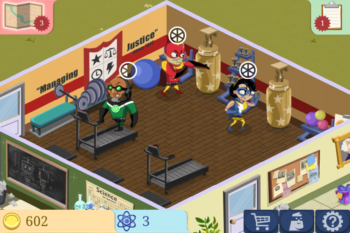 I really enjoyed playing Middle Manager of Justice. Training my super heroes and equipping them with new and better equipment was rewarding, because I saw how much easier “delivering justice” to henchmen and villains became for them. Also, I liked seeing how rooms and equipment changed, for the better, when I upgraded them. Eventually, my dirty old office became pristine and modern.

If you want to give Middle Manager of Justice a try, you can download it for free from the App Store here. Then let us know if you enjoyed managing a team of super heroes.