The 2014 NXNE (North by Northeast) festival is celebrating its 20th year and kicks off June 13-22 in Toronto, showcasing music, film, comedy and more.

If you’re heading to NXNE, you’ll soon be able to live stream yourself to the concert’s massive stage screens in real time, as concert sponsor MiO has launched their ‘MiO POV’ app, set to bring a new level of interactivity to the concerts at Yonge & Dundas Square on June 19.

The free MiO POV app can take up to 400 submissions, with 10 videos going to the mixing boards at a time, where one will be chosen to stream on the giant stage screen at any given moment during the concert. The app aims to take the ‘selfie’ to a whole new level with video.

In order to get your video on stage, users will have to join the MiO POV Wi-Fi network to be added to the queue, then will be notified by push notification their iPhone is set to go live on the big screen. Users are told to film in landscape position to avoid the dreaded ‘portrait’ video: 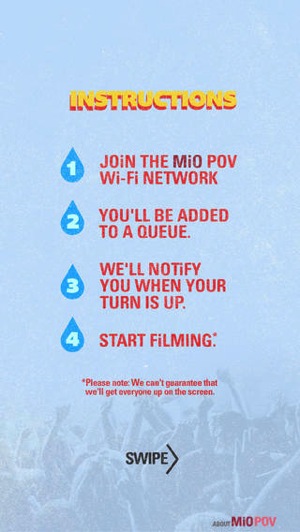 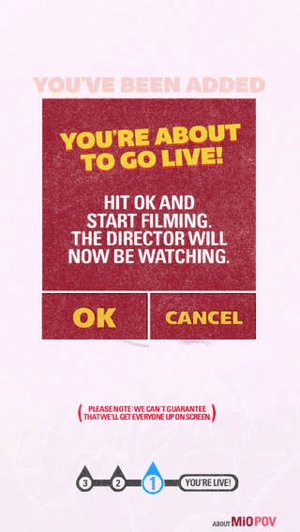 Joseph Mele, brand manager, MiO, Kraft Canada said in a statement “This partnership isn’t about slapping our logo on a building; it’s about giving people something to brag about to their friends, and we’re going to do that across the city, putting attendees directly in the action, and working with bands that embody the spirit of NXNE.”

Click here to download the free MiO POV app and the NXNE 2014 iPhone app. Let us know if you’re going to try this out!