Creating strong, unique passwords is one thing, but remembering every single one of them you created for each website, now that’s a challenge. That’s why developers created password managers, and there are plenty of them to choose: from 1Password through to OneSafe, the price and features range is broad enough to make you shake your head and start reading the reviews. 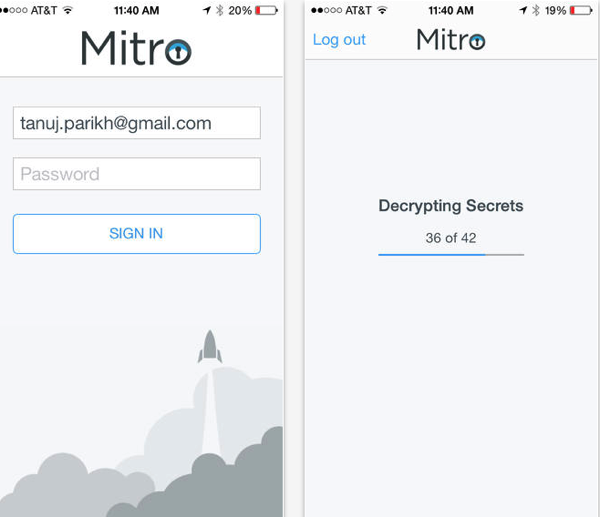 Now price conscious users can opt for a free and open source password manager: Mitro (via iPhone Ticker). The app developers were committed to free and easily verifiable software, and that’s why they made this password manager app accessible for everyone: free.

The app can be distinguished from other free password manage apps through its cloud storage architecture.

Mitro has committed to funding continued operations of its servers until at least the end of 2014. If their code proves to be secure and popular with the community, we will be advising them on how to create a sustainable home for that infrastructure.

The startup behind Mitro was founded by Vijay Pandurangan, Evan Jones, Adam Hills, and Christine Tsai. Before Mitro, Pandurangan worked for Google building large software systems between 2002 and 2008. Jones earned a Ph.D. in Computer Science from MIT, Hills worked as a software engineer at Intel and Google, and Tsai worked for Homestead (Intuit). Mitro was backed by Google Ventures.

The Mitro team announced that it will join Twitter and it will be releasing the source to its client and server code under the GPL license on Github.