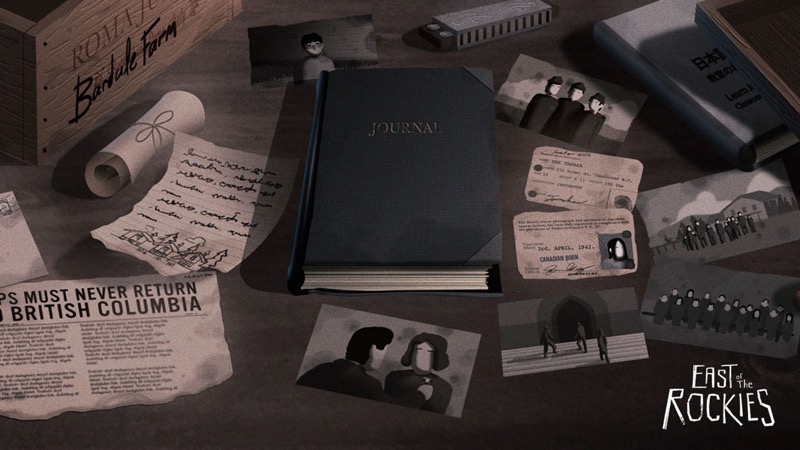 The National Film Board of Canada released a new iOS app called East of the Rockies last week, to tell the story of Canada’s Japanese internment camps during World War II, powered by Apple’s ARKit.

The NFB teamed up with Toronto design agency Jam3 for the project and 83-year old Canadian author Joy Kogawa to release an interactive experience “based on true events about life in one of Canada’s Japanese internment camps.”

Kogawa was a former internee at the Slocan, BC, internment camp. The Canadian government unjustly evacuated and relocated Japanese-Canadians from the coast of B.C. during the Second World War, deeming them a potential threat to Canada, following the Japanese attack against the U.S. at Pearl Harbour.

As for the description of East of the Rockies:

East of the Rockies’ AR narrative follows 17-year-old Yuki as her family adjusts to life in a Japanese internment camp during WWII. The story takes inspiration from Kogawa’s novels Obasan and Itsuka, which chronicle the persecution of Japanese citizens in Canada during the war.

The app uses augmented reality to let users interact with the story’s characters, allowing for tapping, inspecting and zooming in on various parts of the app. The app is fully animated and supported with narration, taking place within the Slocan Internment Camp in B.C.

“I’m grateful that this little story in Canada is not going to be lost,” said Joy Kogawa, in a statement. “There are so many stories that are lost, that ought not to be, so it’s a wonderful thing to see it happening here in this way. I think it’s very exciting to be at the beginning of this kind of thing, how lucky is that?”

“At 83 years old, Joy has teamed up with artists and producers to leverage an exciting new technology and craft an important historical story for a new generation of Canadians,” says NFB Executive Producer Rob McLaughlin. “It’s an intergenerational story of love, loss, injustice and healing, and we hope it will lead to a greater understanding of Canada’s past at a time when issues of identity and race remain at the heart of so many contemporary debates.”

East of the Rockies is available for iPhone and iPad users running iOS 12 and was released on March 1, 2019. It’s currently a free download for its first week, from March 1-8.