NAVIGON has announced it has updated its iOS GPS apps to include Bluetooth audio support for directions along with Wikipedia integration. This means you can now hear directions over your car’s speakers and it will fade out music before it announces instructions. As for Wikipedia enhancements, points of interests will now show icons where you can tap and detailed information will be revealed. Full change log below:

What’s New in Version 2.4
– Voice instructions can be broadcasted through the car’s speakers. This function requires the iPhone to be connected with the car’s bluetooth handsfree kit.
– Wikipedia POIs can be downloaded for free and transform the app into a travel guide.
– Glympse functionality has been further improved.
– Additional Foursquare functionality.
– Easy switch between car- and pedestrian navigation. 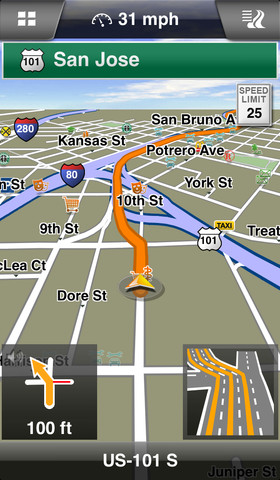 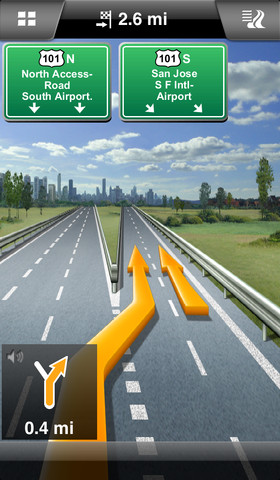 Also, the company has announced a sale on its GPS apps, with NAVIGON North America (USA & CAN) currently listed for 25% off, at $44.99 (regularly priced at $59.99). NAVIGON Canada is currently $10 off at $39.99, but we’d pay the extra $5 to get US maps in the North America edition. NAVIGON maps are downloaded to your iPhone or iPad and do not require an internet connection to function, therefore working as dedicated GPS units.

What’s your favourite GPS app at the moment?