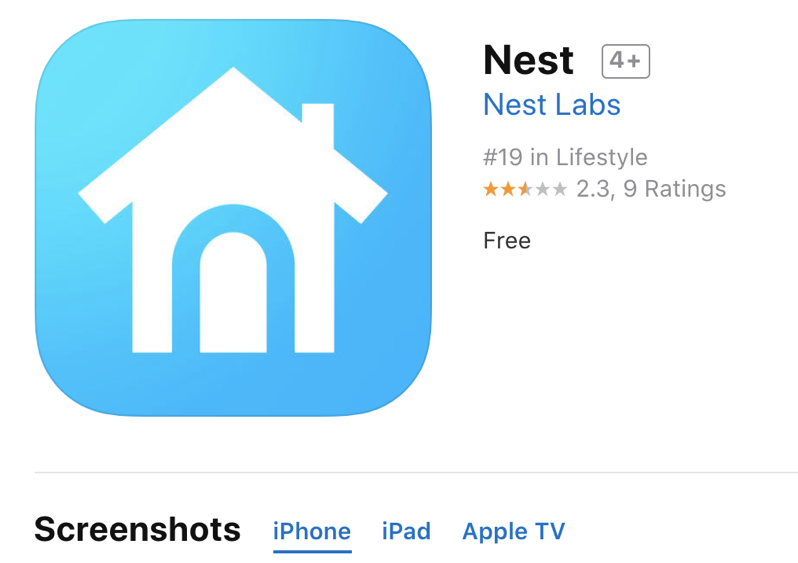 Looking at Wayback Time Machine listings of the Nest iOS download link, the Apple Watch app was listed as available a couple weeks ago but it has since been axed.

We took a look at Nest app users on smart watches and found that only a small number of people were using it. Moving forward our team will spend more time focusing on delivering high quality experiences through mobile apps and voice interactions.

You will still get notifications on your watch with Nest app via your mobile device. Wear OS users can control their thermostat with the Google Assistant from any Wear OS device, check out more details here. If you’re using an Apple watch you’ll no longer be able to adjust your thermostat or change Home/Away mode from your watch. However, the actions you were able to take on your watch are all available with the Nest app (available for both Android and iOS), so you’ll still be able to control your devices on the go.

The Nest Apple Watch app allowed customers to set their Nest thermostat’s temperature, manually set Home and Away modes, plus provide Nest notifications, including those from Nest Protect.

Were you using the Nest app for Apple Watch?