Netflix has released a 3.0 update for their iOS app for iPhone and iPad. The changes are minimal to the user interface but the iteration adds now adds your movie/TV show title on the iPad player UI, the zoom icon is back so you can manage full screen viewing plus there is an improved placement of the play/pause/rewind on-screen controls.

After the update, the only thing that really caught my eye was the addition of the show/movie title now on the screen, which is helpful when you’re in a forgetful mood.

What’s New in Version 3.0
We enhanced the player UI for a better playback experience.

1. See the Title in the iPad player UI – Touch the player UI screen to see the title of movie/TV show you are watching

2. Zoom icon is back – so you can now control when you watch full screen mode

3. Note better placement of play/pause and Back-10 buttons so you can easily control your experience

Here is the ‘old’ player interface: 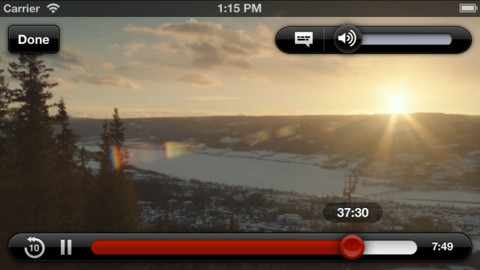 …and here’s the new 3.0 interface. Notice how the play/pause and 10 second rewind buttons have switched spots, and now top and bottom sidebars help streamline the on screen layout (can you guess the movie? No, that’s not FPS Russia). 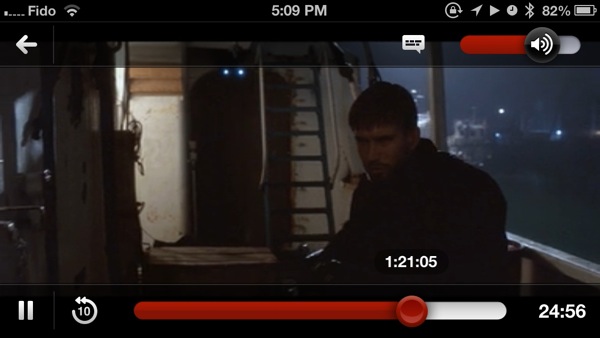 You can sign up for Netflix here, it’s $7.99/month and the first month is free. Click here to download Netflix for iOS, it’s free. Let us know what you think of this new update.