Looks like things are getting better for Netflix users. A while back Netflix Canada officially launched in Canada (read our iPhone 4 review here). We know the new Apple TV will support Netflix Canada (check out our Apple TV unboxing!). Currently the library is at about 7000 titles, but it pales in comparison to Netflix USA. The service is still new, so expect it to get better over time.

But back to the latest Netflix iPhone update. It now includes Video Out for the iPhone 4 and iPod Touch 4th gen only. With an AV cable, you can now stream Netflix to your TV. Great when you’re traveling or wanting to watch a movie at a friend’s house! Along with your iOS devices, you can now watch Netflix on your Wii, PS3, Mac/PC, and Apple TV.

My favourite feature is how Netflix resumes where you left off no matter what device you start watching on. At only $7.99/month, it’s worth it alone for all three seasons of Mad Men! There are some hidden gems within the library. As long as you rate movies it’ll keep suggesting some decent shows for you to watch. 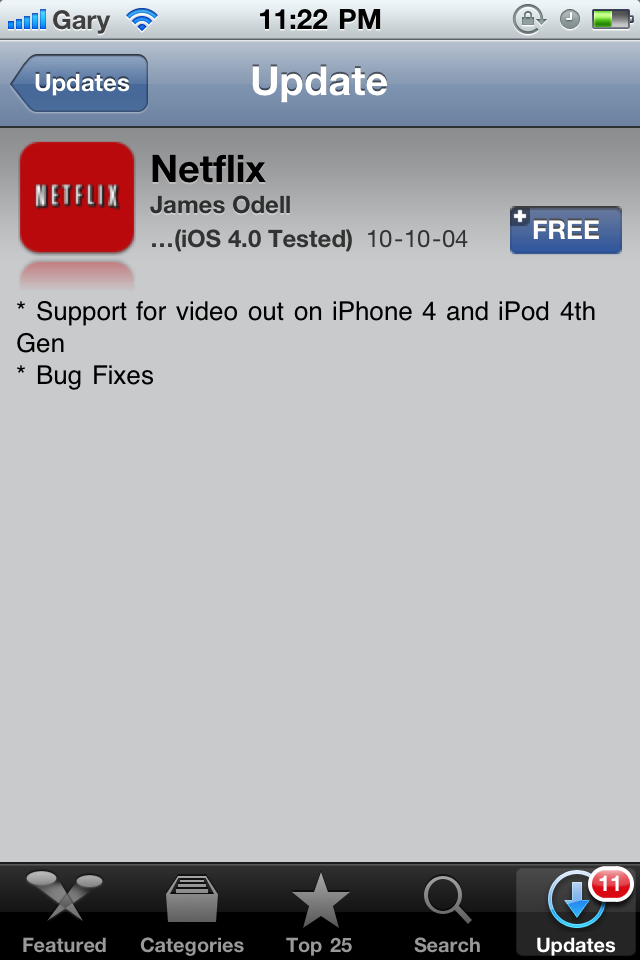