Netflix Updated for iOS 6 and the iPhone 5

If you’re a Netflix subscriber, you’ll be happy to know the app has been updated for iOS 6 compatibility and the iPhone 5’s larger 4-inch screen. According to the Netflix blog:

Good news! Today we updated the Netflix App for iOS to optimize for iPhone 5. Download the App and enjoy Netflix movies and TV shows on the taller iPhone 5 screen. Have fun! 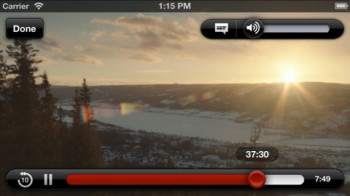 The new 16:9 aspect ratio of the iPhone 5 will surely please movie fans that use Netflix. Currently, Netflix subscriptions in Canada are $7.99/month for unlimited movies and TV shows–click here to sign up.