Netflix yesterday released an update to its iOS app and today they have detailed the news changes on their blog.

We now have larger and improved play controls (a nice rewind 10 seconds button!), such as a bigger volume slider. When you scrub forward there are now thumbnail images, plus audio/subtitle access is now easier to access. 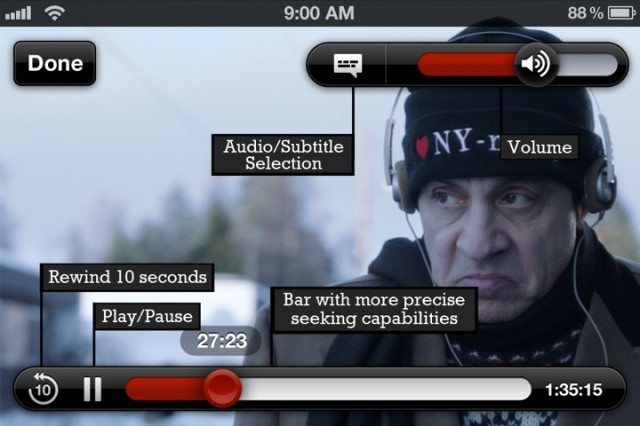 For Canadians, the update now makes it easier to ‘do not share’ for those with connected Facebook accounts. The settings menu within the app now allows selection of streaming when connected to Wi-Fi only. This offers protection for those with limited mobile data plans.

Dear Netflix–Please Introduce a “Watch It Later” Feature for Canada

What I would like to see for Canadian users is the addition of a queue/list feature so I can keep tabs on what I want to watch next. I can’t recall how many times I see something worth watching on my iPad or iPhone and want to save it to watch later, only to have it disappear into the library somewhere.

It was just earlier this week Netflix announced an expansion of UFC content for its Canadian library.

Click here to sign up for Netflix–the first month is a free trial, after that it’s $7.99/month.