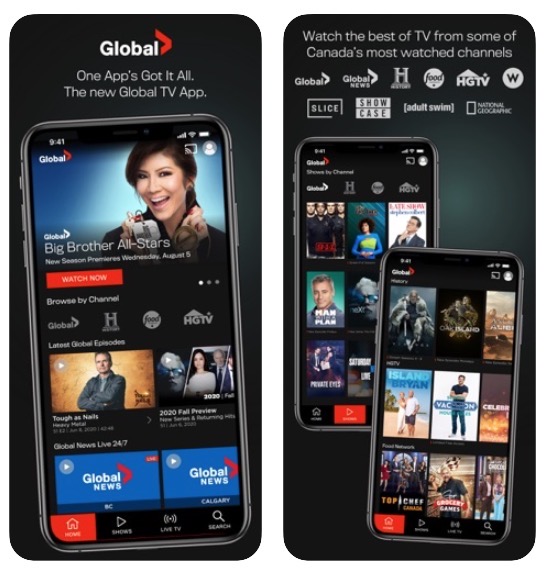 Back in February, Global TV for iOS added free 24/7 Global News local and national news streams from across Canada.

For Canadian Amazon Prime subscribers, they can access 12 live TV networks and on-demand content from Corus via the latter’s STACKTV offering, which costs $12.99 per month, geared towards cord-cutters.