Astral Radio has officially announced the launch of their new Virgin Radio iPhone and iPad apps, which offer on-demand music and video making them the first radio broadcaster in Canada to do so.

The new ability to choose songs to play is part of Astral’s desire to promote new artists and is in part thanks to deals made between the company and major music labels, the IDLA (Independent Digital Licensing Association), the CMRRA (Canadian Musical Reproduction Rights Agency), SODRAC, SOPROQ and Re-sound: 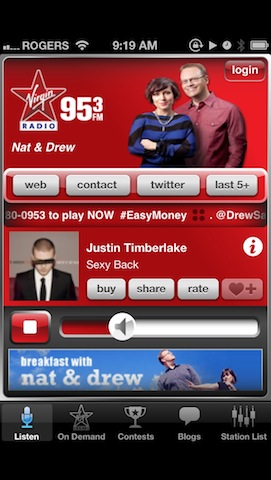 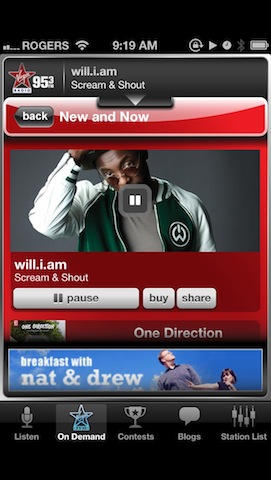 When users tap the ‘On Demand’ tab they can instantly access new songs right away. We did a quick test and it works as advertised. There are also links to buy the new songs right away, part of their way to monetize the app. Of course, you can also listen to local Virgin Radio stations in your area and others as well. Let me know how you like this app.