The National Film Board of Canada (NFB) has launched a new interactive photo essay online and on the iPad called The Last Hunt. This project will be one of 25 interactive features at the Story Arcade as part of the Future of StoryTelling summit on October 3.

Equal parts tenderness, brutality, love and death, The Last Hunt delves into the motivations that led Montreal photographer Alexi Hobbs to photograph his grandfather’s last hunting expedition, exposing both the strength of family bonds and the spirituality implicit in the pragmatic act of hunting. 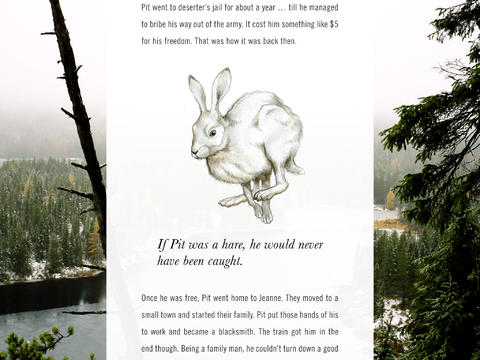 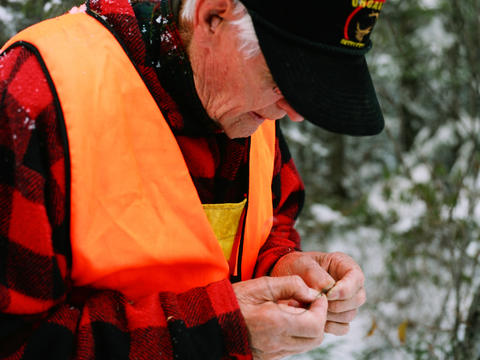 NFB’s Digital Studio in Vancouver created and produced The Last Hunt, which is described as:

Offering a new kind of interactive reading experience, The Last Hunt explores the strength of family bonds and the spirituality implicit in the act of hunting, delving deeply into the motivations that led Montreal photographer Alexi Hobbs to document his grandfather’s last hunting expedition.

To follow the story, which stretches from the present moment back to the Second World War, app users scroll vertically through text overlaid with delicate, parallaxing interactive animation that challenges the conventions of the tablet reading experience.

The app uses the iPad’s gyroscope which drives a parallax layer to build a subtle element of depth, enhancing the user’s storytelling experience.

Click here to download The Last Hunt for iPad–it’s free. Let us know what you think of this free interactive photo essay.