NHL iOS App Gains iPhone 6, iPhone 6 Plus Support in Time for the Playoffs

Hockey fans, the NHL iOS app has been updated to support the iPhone 6 and iPhone 6 Plus, in time for the playoffs which kick off tomorrow, featuring five Canadian teams (too bad 4 of them face each other in the opening round).

What’s New in Version 5.1
We’ve made some updates to get you ready the Stanley Cup Playoffs!
• iPhone 6 and iPhone 6 Plus support
• Bigger player headshots in the stats section 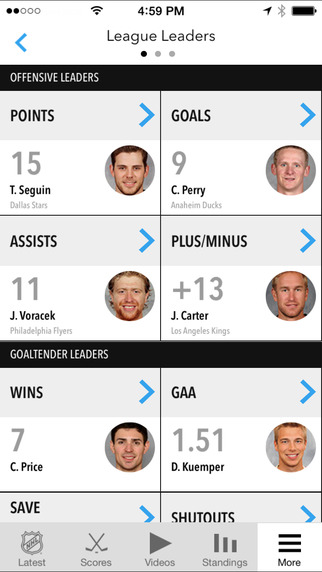 For customers of Rogers NHL GameCentre (accessible via the NHL iOS app), you’ll be able to watch every single playoff game from your mobile device.

This years marks the debut of CBC airing Rogers NHL playoff games on their network—for free. In exchange, the CBC gets to promote its in-house content instead. Some observers say this deal ‘handcuffs’ the public broadcaster, according to The Globe and Mail:

“For the next eight weeks, because of this deal with Rogers, it basically means [CBC] can’t make any money,” broadcast industry observer Barry Kiefl, president of Canadian Media Research Inc., said Monday. “It’s a real set of handcuffs for the CBC. It’s devastating in that respect.”

“The CBC/Rogers deal benefits the CBC in several ways,” explaining “It includes significant in-game promotional value to market CBC content, is financially responsible as we don’t take any financial risks and, with our national reach, makes the games [including the Stanley Cup Final] available to more Canadians.”