The NHL iOS app received an update yesterday to now include stats with leaders from 100 years of NHL history, from 1917 to 2017. 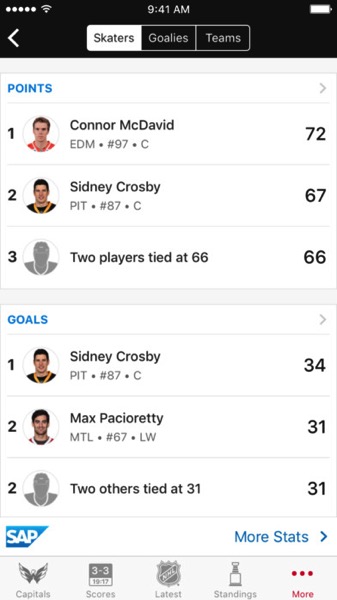 If you’re a stats trivia junkie, the addition of stats directly from the NHL may be of interest to you.

Click here to download NHL for iOS in the App Store. The app has in-app purchases to unlock Rogers NHL GameCenter and more.