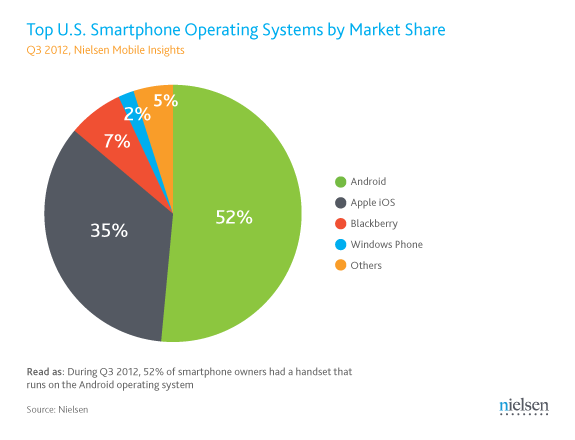 The Nielsen study took place between Q1 2012 and Q3 2012, and found that the smartphone user base has grown from 49% (recorded in Q1) to 56%. The research firm’s data shows Android with the biggest market share (52%), while iOS had grabbed 35% of the US smartphone market by the end of Q3 (although recent studies show a slightly different picture).

Of the top 10 iPhone apps, Maps (we think it’s the version that comes with iOS 5 and earlier, because Apple Maps launched just a couple months ago) retains the No. 1 spot, while YouTube grabbed third, behind Facebook in second. Nielsen also highlights the fact that Facebook Messenger was the fastest growing iPhone app. 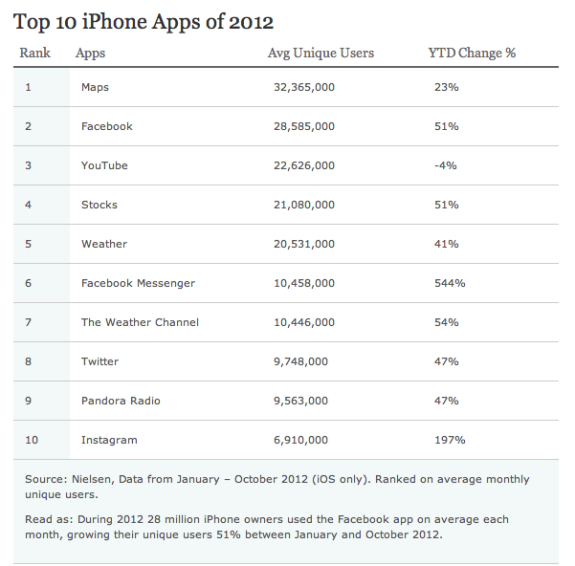