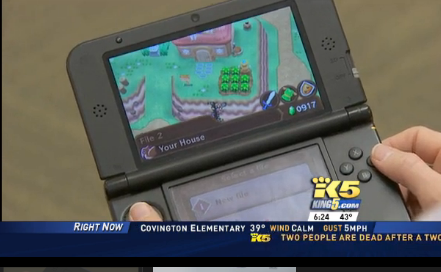 After posting an annual loss of $240 million, Nintendo is rumoured to have plans to lure mobile gamers away with “free-mini-games” for iOS and Android, an unconfirmed Nikkei report reads.

After the launch of the 2DS, John Gruber of Daring Fireball said back in September: “I say they should just give in and start making iOS games. They’re not going to win this battle.”

Since then, the company has reported the aforementioned annual loss, but it has also kept a close eye on the rapidly growing smartphone and tablet market, as well as mobile gaming. And the forecast decrease of global sales of its Wii U console has some connection with the issue.

As a result, the company is rumoured to have a different strategy for the near future: it may release demo-like mobile games optimized for iOS (and Android). I say “demo-like” because, as Kotaku points out, the Nikkei report explicitly states “free mini-game”, with the main idea behind it being to attract the mobile gamer to the actual console ad software

Also, as part of its strategy, the game maker can use smartphones to tease a wide range of information about its games, such as story, characters, release date and price.

Although Nikkei has a good track record in reporting Nintendo-related rumours, it is still a rumour, so it needs to be taken with a pinch of salt.

Update: In an statement sent to Engadget, Nintendo has denied it’s alleged plans to release free mini-games on iOS:

“Nikkei’s article contains information previously stated by Mr Iwata during past press conferences, including statements which relate to Nintendo’s willingness to make use of smart devices to promote our products.

However during such past announcements Mr Iwata has also stated that Nintendo’s intention is not to make Nintendo software available on smart devices and as such, we can confirm that there are no plans to offer minigames on smartphone devices. “