Time for Imgur users to rejoice as the official iOS app for one of the world’s most popular photo sharing platforms has finally been released in the App Store. Available as a free download, the app is a universal binary, meaning it has been fully optimised for iPhone / iPod touch as well as the iPad’s larger display.

Imgur CEO Alan Schaaf says the new Imgur app gives fans of the photo-sharing site an easy way to upload photos using their iOS devices on the go, and keep up with the latest viral photos making their way around the web. Schaaf also shared that the app’s initial submission to the App Store was rejected on account of the app being “associated with copyrighted and illicit content”, which is why the Android version of the app was released before the iOS version. 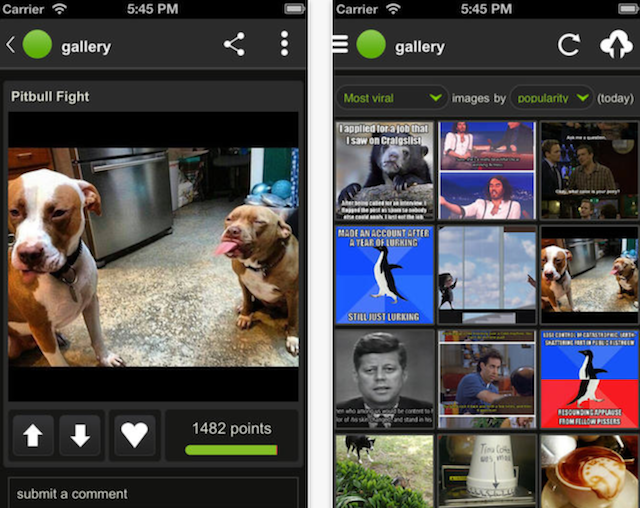 All your favorite Imgur features made simple for your mobile device.

Imgur (im-ij-er) is the go-to destination for viral images. Backed by a funny and friendly community, Imgur is the best place to spend your free time online and, now with the mobile app, on the go.

– Browse the most viral images on the Internet

– Upload straight from your phone