OpenTable for iOS Launches Delivery in Canada with Uber Eats

OpenTable has announced it has expanded delivery to Canada through a partnership with Uber Eats, with an update to its iOS app. This marks the first time in 20 years OpenTable has debuted a feature beyond restaurant reservations, says the company.

The update brings a new “Get it delivered” button to a restaurant’s profile page, indicating delivery with Uber Eats is available. Diners selecting the option will get directed to Uber Eats to complete their meal order. 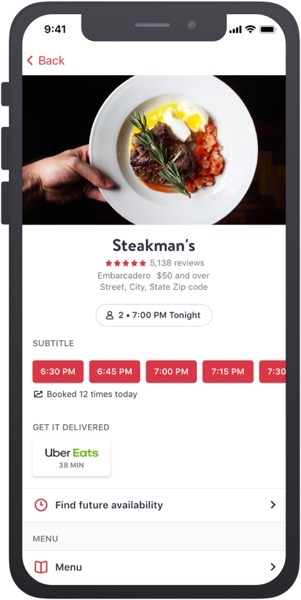 “Sometimes plans change or the weather doesn’t cooperate. Even if reservations need to be cancelled, diners can now still enjoy the meal they had planned from home,” said Joseph Essas, CTO, OpenTable, in an issued statement to iPhone in Canada. “Our goal is to make OpenTable the go-to app for all dining occasions. Adding delivery is an important next step.”